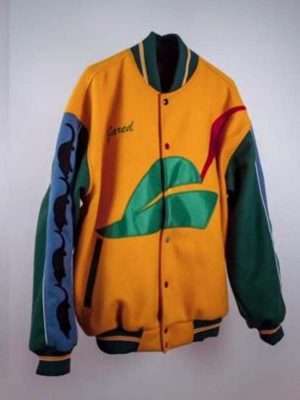 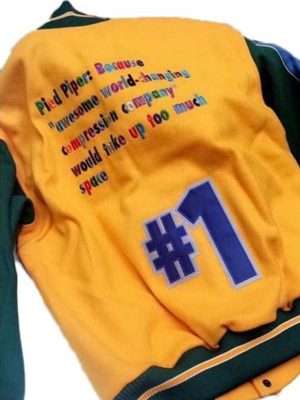 Do you want to look ravishing? Then get this ultra-modish Silicon Valley Pied Piper Jacket that is going to make you fall in love again & again. Grab it now.

In 2014 digital media was not how much successful as it is today and so to create a show that maintains to hook a good amount of audience was a great thing before then and was got by a fantastically written show Silicon Valley. After progressively working 6 seasons the show recently got ended in October this year and the fans are disappointed please them and keep memories of the intelligence of this show. We have fabricated an exclusive collection of Silicon Valley Merchandise that is featured in the series for the fans to buy and express their love and support for the show and might force the producers to bring something the same once again. With talented characters, we meet them with flaunting dapper-style statements with all the outwear they wear.

With this collection of Silicon Valley merchandise, we offer stylish hoodies, coats, and jackets which all are produced with great care and fine-stitched out of premium quality and durable material that is timeless. Every outwear is designed in classic style and contemporary that you help to stand out in front of the crowd. Whether it be the jacket, coat, or hoodie inner is sidelined with smooth fabric so that can grab the most favorite attire with comfort and ease.

The notable part about them is the reasonable prices which are knowingly under your budget and you would like to buy these inspirational outfits from your favorite TV show.

When was the first season of Silicon Valley released?

What is the category of this series?

The category of the show is comedy.

How many seasons do have this series?

This series is comprised of a total of six seasons.

Which company was started by five friends?

What is the show based on?

The show revolves around a group of five visionary friends who build a company in Silicon Valley.