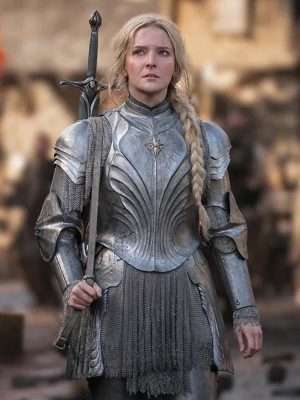 Morfydd Clark The Lord Of The Rings Jacket 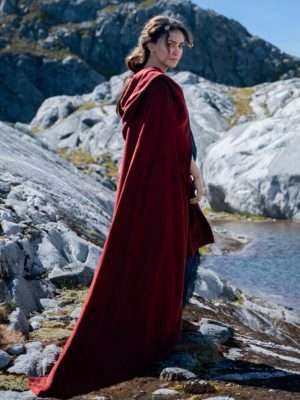 The Lord Of The Rings Nazanin Boniadi Cloak

The Lord Of The Rings Rings Of Power Outfits

We have taken a tour of Middle-earth and explored a wide variety of Lord of the Rings merchandise and gifts. This franchise is not considered the top one as of the most epic books and movie sages of all times at America jackets, you can shop a selection of Lord Of The Rings Merchandise.

Lord Of The Rings began in 1954, getting its start in the fascinating book written by J.R.R Tolkien. They’ve gone on to become massive progress, but it was Peter Jackson’s edition of them on the big screen that shot them to popular in the mainstream.

Tracking Tolkien’s trilogy of novels and various other tales – The Fellowship of the Ring (2001), The Two Towers (2002), and The Return of the King (2003) – Lord of the Rings became a worldwide success in the early 2000s and is still talking about to this day.

Imagination At Its Finest!

Lord of the Rings tracks the adventures of a group of hobbits, run by Frodo Baggins, and their democratic fellowship, who dedicate themselves to clearing the world of a secretive ring that’s been left for Frodo by his uncle, Bilbo.

Upon being assumed the ring and discussing it with Gandalf the Grey, Frodo learns of the great power and evil within, which frightens to demolish their home of the Shire. They face the anger of frightening villains such as the Ring Wraiths, and unearth a whole host of exposes about the ring – who’d have thought that something so small could cause such destruction, ok?

The trilogy is entirely outstanding, it is comprised of many popular characters: Elijah Wood, Sir Ian McKellen, Sean Astin, Christopher Lee, and many more who take it to the next level.

Fire in the charming surroundings of New Zealand, its natural beauty lifts the series to dizzying heights.

We are the biggest fans of the franchise, here you can get the Lord of the Rings merchandise and gifts, better for all lovers of this landmark in literature and cinema. You can get Lord of the Rings T-shirts, hoodies, Christmas jumpers, and clothing featuring your loving characters – who wouldn’t want to find some of the Shire in their closet?

If you want to entertain the story of the series again and if you would like to rewatch it, our variety of Lord of the Rings Blu-rays and DVDs will certainly serve you. All the movies are available but ultimately fans can hold the entire Lord of the Rings box set in Blu-ray – now we’re discussing.

Besides this, you can also get special Lord of the Rings figurines, Funko Pop! Vinyl, limited edition coins, and much more merchandise – featuring iconic characters such as Gollum, Gandalf, Boromir, and more. All of this merchandise is charming for holders and you can find enlightening battle swords.

If you are searching for a gift for a LOTR-loving friend, or simply want to put some Middle-earth into your home, we offer merchandise of all sorts. You can grab everything from Lord of the Rings posters, from steins, and even imitates of the actual Ring.

To grab your Lord of the Rings merchandise, T-shirts, clothing, and gifting needs, move over to America jackets. Just make sure that you don’t the wrong move and last up to at the door of Mordor.