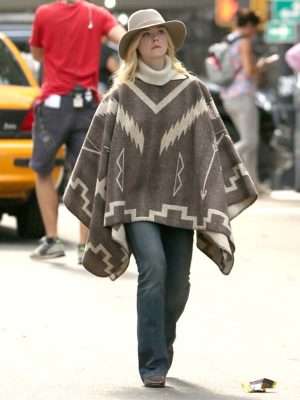 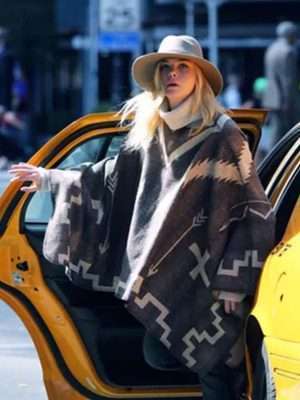 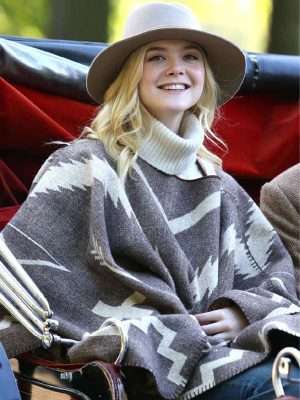 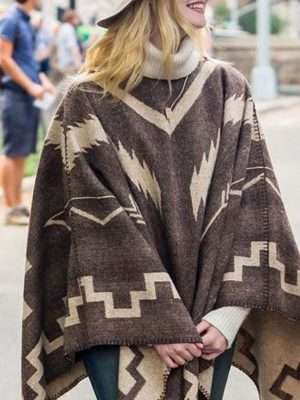 Elle Fanning is an American actress, She has been seen played as Ashleigh Enright in a 2019 American romantic comedy movie series “A Rainy Day in New York” that is written and directed by Woody Allen, this film’s story is about two young adventurers who faced the severe weather condition in New York. This film was released in the United States on October 9, 2020, and now it is considered the most known one and loved by everyone all over the world because of its story plot and light comedy that pleased you while watching this.

This outfit is inspired by Elle Fanning as Ashleigh Enright and is the best fit attire for this winter season. This A Rainy Day in New York Poncho is a fabrication of the finest wool blend material with inner soft viscose lining, it has a collarless neckline, along with pull-on closure that looks classy and stylish you can easily wear this at a Halloween party.  It is also fully durable sewing and has long and slim-fitted sleeves that will give you a casual look and comfort to wear. 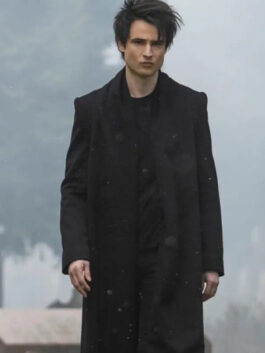 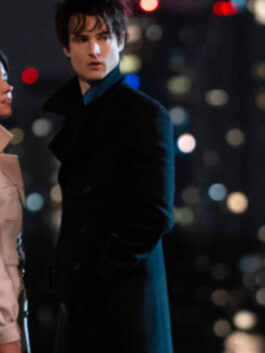 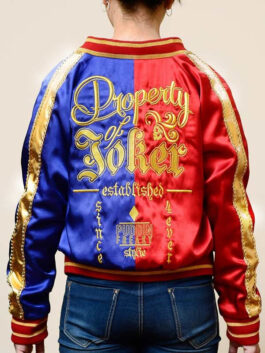 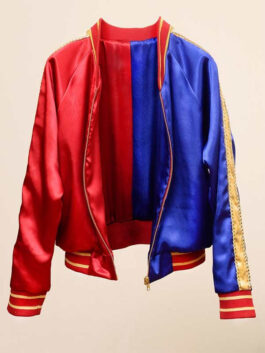 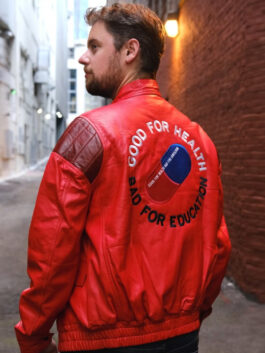 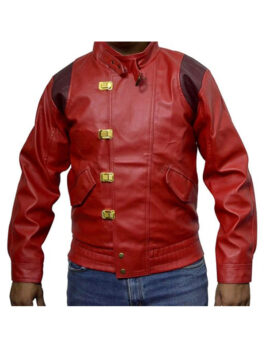 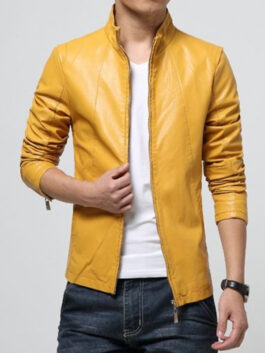